Like is so interesting maybe I can do some blogging 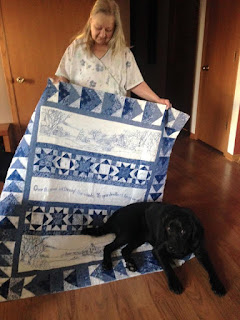 Think this is Leader Dog Gabby who's in Spain now
Posted by grandmarockton at 12:21 PM 22 comments:

Posted by grandmarockton at 3:52 PM 2 comments: 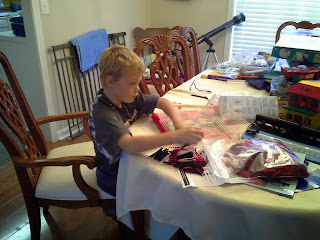 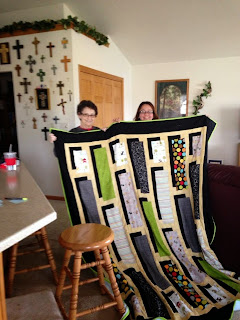 All grands got a latch hook to do during summer Mellissa has made her 1st quilt with my friends, Judy's help NO ONE TOLD ME how hard it is to share machine!
Posted by grandmarockton at 4:10 PM 3 comments:

as promised "THESE are my 3 Year of the Dog" 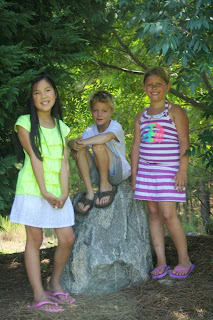 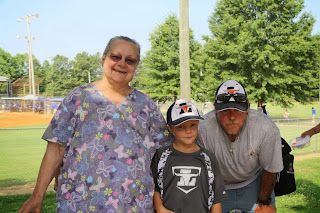 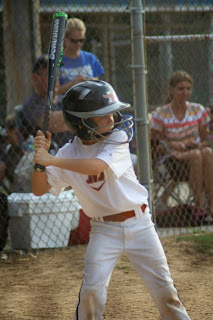 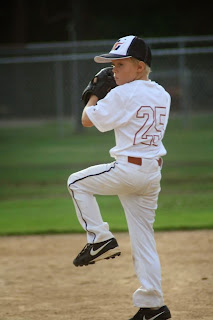 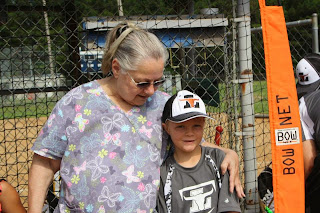 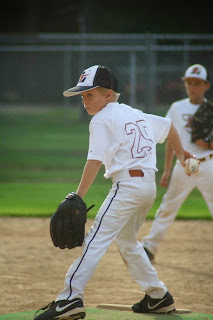 Posted by grandmarockton at 8:29 PM 52 comments:

Sorry to have been away so long but LIFE gets messy sometimes. In March of this year I developed a rash on r breast, wouldn't heal. The middle of the month I took self to doctor because rash wasn't healing and lymph node seamed to be inflamed. About 2 weeks and I was having a manogram. Later that day I was having a needle biopsy. This is a Friday afternoon! Oh, Image guided biopsy that would let me know results on Monday LOOOOOONg week-end, as I' ve had Cancer scare beffore in ealy 80's. The nurse said "there was an angel on my shoulder " but should still see surgeon? Pathology report said cancer , lump was 3-4 cm. Talked may times with surgeon and primary doctor, wanted to do nothing as I'm 68. After ultra-sound of left breast and MRI, decided to do bilaterial mastectomy on May 16th. Those who have read this far (not that I do it again , BUT the least painful surgery I've had). So both breast are gone, still healing one spot on rightside. Did not op for recontruction because, it painful! Was non-invasive cancer in duct, lymph nodes were checked ( sentinel was removed) did have cyst on left breast. Now they're throwing Hormone therapy at me? What to do?? Tamoxifen would be thier drug of choice. Any ADVICE, please! Since have gone to Georgia to see grandson Brody play Baseball pics to follow


Posted by grandmarockton at 7:31 PM No comments:

Been cold have Snow and can't get moving! HELP

Thankful for aALL my Blessings busy cooking the bird for dinner
Posted by grandmarockton at 12:34 PM 1 comment: 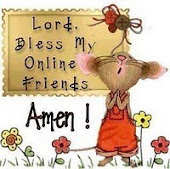 grandmarockton
MOTHER OF 4, GRANDMA OF6 (NOW) GREAT-granny of 2